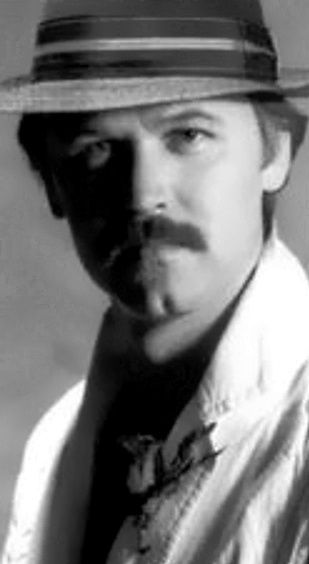 "Song writing is Duce’s way of expressing what's in his heart, mind, and soul! … For DUCE song writing is a 'reflex', not a choice!"

DUCE's song writing specialty is 'lyrics'. He is able to capture in lyrical form, the emotions that one encounters in life. His songs always capture one particular 'frozen moment' in time. It just happens to be couched in melody and rhyme.

DUCE believes that intimacy and relevance are essential between the listener and the songwriter. That is why people identify with DUCE's music - no matter who sings it! DUCE's goal is to have the listener caressed by the music, then motivated by the words to call upon experiences, feelings and imagination in order to make the song their own.

DUCE has been successful at:

2. Releasing and Selling singles and albums.

Although DUCE considers himself a songwriter; a "tunesmith", he is in fact a quadruple threat: He is a multi-talented instrumentalist + A trained vocalist and front-man + A sought-after producer/arranger + A PC-based DAW recording specialist. In fact, his last album, 'TaKaru' was entirely composed on a DAW! And he also writes his songs in both English and French.

He has performed both as a solo artist and as a front-man for several groups. He has toured and performed in many parts of Canada and Europe, including France (Nice, the French Riviera and Paris), Corsica, Italy, Germany and Switzerland.

"I just love your music! Great songs! These are some of the best lyrics I have ever heard!"

"The DUCE experience is musically and lyrically intense."

"Duce's music takes a musical look beyond the stars into a future we can only hope for! A once-in-a-lifetime, unique and memorable musical experience! Gary Dussiaume's music is way ahead of its time!"

"Where most pop music scratches the surface, the music of DUCE touches the soul!"

"The DUCE experience is unique in today's music scene."

"Truly versatile music, from mainstrem pop and rock to country to rap-reggae. Something for everyone."

"TaKaru (the play and the album) is well worth seeing and listening to! An unprecedented musical look at utopia. Gary (DUCE) Dussiaume tackles some vast themes in his music - the paradoxes of paradise, creation, human relationships, love lost, love found, love missed - with great success. 'A living video!' Watching and listening to TaKaru is entirely a joy! Visually - an enchanting spectacle! Your eyes cannot believe what you are hearing! DUCE demonstrates a most impressive skill as a song-writer!"

"DUCE is a veritable musical spectacle! A dream come true! A must hear! His performance works are sold-out every night for a very good reason ... his music is inspirational!" "A truly brilliant lyricist!"

"We know what DUCE is writing about! Do you??? His lyrics are sometimes sexy and sensual ... but you gotta really pay attention. Very intense and personal moments of love and even lust. Absolutely original! DUCE is 'Something Else'!"

"DUCE is a true musical extravaganza! A truly unique catalogue of music! Radio-ready songs! Absolutely awesome is DUCE! Each song is a story unto itself!"

"DUCE has the uncanny musical ability to distill a moment and make it a song."

"Wow Duce! I sent you a cheapo demo cassette with basic chord progressions, melody and lyric ... AND you created U.S. Lady! WOW! You're a genius! Thank you!"

I Love Your Eyes

Wings On The Heart 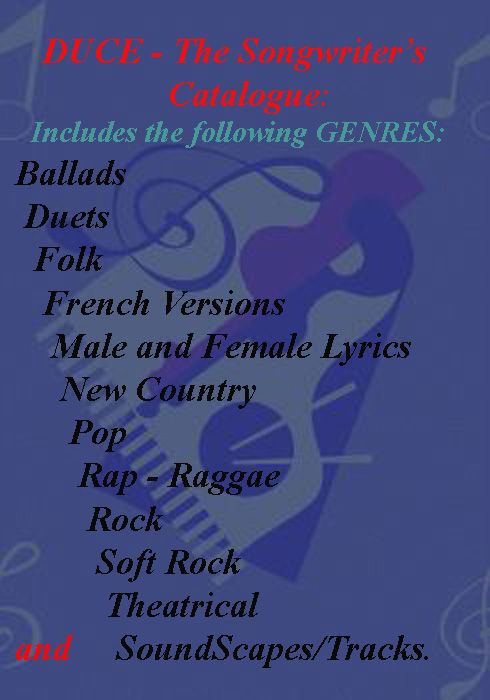